Today’s main local paper Austin American-Statesman had an article titled “Austin’s strategic mobility plan hits home stretch.”  It looks at ways to improve bike lanes, sidewalks, public transit and even roads so that people can move about the city better.  The deadline for answering a poll about the plan is Sunday, January 13th, so the update is welcome.  It also reveals some cracks in the fuselage. 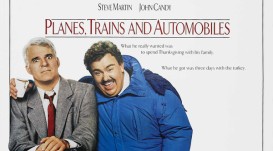 (Is anyone getting my Planes, Trains and Automobiles reference?  Hello, anyone?  We miss you, John Candy.)  Minor things like how will it be paid for, and will people agree to give up car lanes.  A Dude has some thoughts, so let’s take off, eh, hosers?

What jumped out at me from the piece was a City Council and Mobility Committee Member Jimmy Flannigan admitting it’s “fair to call it aspirational.”  The last two mobility bond elections passed, but Austin has a habit of voting down rail projects, leaving us with one sad train line that isn’t jam-packed at rush hour.  It goes to what I perceive of as predominanly white suburbs.  Meanwhile the highway it parallels is overburdened with single-occupancy vehicles.

However, in 2020 there will be alot of turnout to throw out Tinyhands Orangehead (if he lasts that long), so that’s in favor of the bond.  Last year’s was about $60 per year for a household, and there were a number of other bonds, too.  People will pay for it if they think they’ll see improvement.  But I’m betting future bonds to really make Austin a moveable city will cost a whole helluvalot more.  (Is that the correct spelling of helluvalot?  Or maybe there are spaces.)

If there’s one thing I know for sure about bicycling as much as I do, it’s that people love their cars and believe they have a God-given right to use and in fact own the entire road, bicyclists, pedestrians, scooter drives, buses, and even motorcycles be damned. 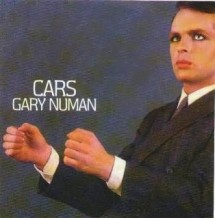 Here in my car

I feel safest of all

I can lock all my doors

It’s the only way to live

But What About The Poor, Oppressed Car Drivers?

As for another concern mentioned in the article, giving up car lanes for bike lanes or buses is something a lot of people will not vote for.  That is, if they vote at all.  Turnout was high for the mid-terms, which benefits down-ballot measures like mobility.  Let’s face it, transportation is not a sexy topic.  Sure, people stuck in traffic will curse it every time.  But will they consider getting out of their entitled, comfortable and yes, lazy, life to take a bus, train or — gasp! — even to bike or walk a bit?  Nah, not so much.  It’s Texas, ya’ll.  And we drive cars like we’re cowboys and people in the Old West and cars are our beloved, trusty horses.  (They say engines have horsepower, after all.)

Today, I rode in a car 16 miles each way with a friend to see a movie at the discount theater for $3.  (I thought the poorly reviewed film Welcome to Marwen was very interesting, a wonder to watch, touching and well-acted by Steve Carell and Leslie Mann).  But we noticed rush hour kept on going.  It could have been the misty rain, wrecks, construction or all the above.   But it was likely just traffic.  Another article in the local rag mentioned that Austin will hit 1,000,000 (one million) people next year.   We’re already the 11th largest city in the United States.  That’s alotta people driving around.  Very slowly.  We need to do better, but gas is cheap and well, cars are much faster than bikes.  Someday I may have to get and drive one again.

“The intent is not to reduce the ability of cars to get around.  The intent is to expand the potential uses of transit. To get transit out of traffic.”

Don’t Just Do Something, Sit There (on Your Bike Seat)!

If people don’t want to pay for alternatives and/or won’t use them, then gridlock is the future.  But like the famous quote from Field of Dreams said, “Build it, and they will come.” That may very well be the way things go.  Time will tell.  The City has a way of holding public meetings, pretending to listen, and then going ahead and doing whatever the hell it wants anyway.  To be fair, that’s a bit of an exaggeration.  I’ve found the staff of the Austin Transportation Department, especially the Active Transportation office, to be dedicated to their work to make Austin a better place — not just for those privileged enough to be able to afford to own and drive cars.

As I wrote in The Invisible or Utility Bicyclist: An Ignored Population, people on bikes just need to get from Point A to Point B, like everyone else.  I’m the first to admit that bicycling is not for everyone, because it can be a grind (pun intended).  You need the time, motivation, resources, base level of fitness and street smarts.  And a certain amount of a “devil may care if I die today” attitude is also useful, because every day very well could be your last.  Because, cars.  And people not paying attention and texting or talking on their cell phones.  Not that anyone wants to die, and cycling is WAY safer than driving a car in terms of accidents and deaths.  (See my Vision Zero article for more on that.)

Sitting on a bike seat is still a great way to go if you can manage it.  One thing alot of people don’t think about is multi-modal transit:  drive to the park and ride with your bike.  Put it on the train or bus.  Bike or walk the last mile to work.  Then bike home.  That’s just one way to do it.

Much depends on employer facilities, like if they have showers, bike racks or even cages, and support people who bike.  It’s my hope that this mobility plan works to entice people out of their cars, into carpools, buses and the like.  If it gets sufficient numbers people onto lternative forms of transportation, it will actually reduce traffic and pollution, and increase physical and mental health and wellness.

And we  can all use a little less of the former and alot more of the latter.  And remember:  Please Be Kind to Cyclists!  Bikes ARE traffic too!

Thank you for visiting me on WordPress or www.ADudeAbikes.com.  Feel free to add your Likes and Comments and to Follow the blog through WordPress if you have it, or by email.  Contact me on the About page with any questions.  Please feel free to Re-blog and Share as long as you give credit and the permalink to this post.