Today’s University of Texas at Austin publication, The Daily Texan, has a front-page story about the scourge of rentable so-called “disruptive” technology being dumped on our streets and the campus. See “Dockless scooters temporarily removed: New city ordinance suspends dockless scooters until companies obtain proper permits.” Basically these companies came in like Uber and Lyft and started operating illegally (or quasi-legally at best), and then the City of Austin had to play catch up and regulate them. We the citizens of Austin chased the ride-share companies out of town after an election, even though they cynically spent over $8 million.

As for rent-a-bikes, I don’t have as many problems with them, because that’s a big part of the point of this blog: more people can and should use bikes. But when they or scooters are clogging up the place, people dump them, vandalize them, or they obstruct lawful bike commuters and pedestrians, they’re a safety hazard to the operators and to others. So I have a few words about this. I’m like an antibiotic ointment: I’m topical!

END_OF_DOCUMENT_TOKEN_TO_BE_REPLACED

Off to the Races!

Thursday evening I moseyed on down the Southern Walnut Creek Trail to a small racecar track in southeast Austin.  It was bike night, and the races were on.  I rolled up to a small sea of cyclists milling about, and a group of maybe 60 riding on the .62-mile track. Held from April to September each year, the Driveway Series (or just the Driveway, in Austin) was selected as the best races in the United States, according to a chat I had with the congenial and sometimes funny announcer Logan.  A former racer, he’s very familar with the sport and most of the riders, and was happy to share details between laps.

Sanctioned by USA Racing, these are the real deal.  There are different levels, 4/5 (beginners), 1/2/3, Masters (over 35), and Pro for men (which some women race in) as well as the same for women.  But it’s also a festive atmosphere with beer and food trucks, repair vans, sponsor tents, and music playing on the loudspeakers.  There were serious-looking cyclists from the not so fit to the super skinny lean young guys, and the super-strong beasts and some very nice and expensive bicycles.  Come along for a short lap!

END_OF_DOCUMENT_TOKEN_TO_BE_REPLACED 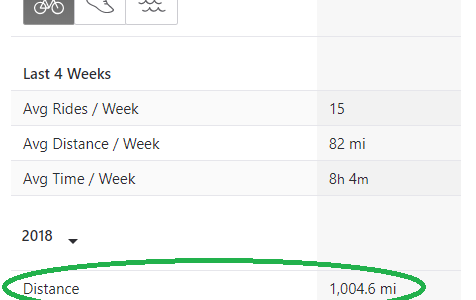 Occasionally I tend to geek out on what I’m doing number-wise with my bicycle.  Today, it was passing 1,000 miles for 2018 thus far.  Not too shabby, but not as much as in 2016 (where I rode 5,306 miles) or in 2017 (where I rode 4,714 miles).  At this rate, by the end of 2018, I’ll end up just shy of riding 3,200 miles.  With the weather warming up, I expect I will increase my weekly goal from 50 miles to 75 or even 100.  But as my unemployment money dwindles, I will find myself scrambling for income, and that could diminish my activity level significantly.  A Dude’s gotta eat and have a roof.  But the numbers and what’s behind them are interesting, so click on to read the rest of this post. END_OF_DOCUMENT_TOKEN_TO_BE_REPLACED

Today the Austin American-Statesman ran a story asking the question What’s the most dangerous stretch of road for bicyclists in Austin?  It talks about the recurrent theme I’ve been covering, bicycle safety.  Hint:  the road is Guadalupe, and I can assure you it’s scary.  Even the parts with a protected bike lane have University of Texas students standing in it idly, without a clue, listening to their headphones.  Other parts have no bike lane, or lots of bumps in the road, and in general it’s narrow with buses and cars passing within inches.

While it seems like it’s horrible carnage out there, the fact is, it’s safer to bike and walk than drive a car.  However, it is very dangerous.  Anyway, the article is by Pam LeBlanc, whose blog Fit City also appears on WordPress.  It has a photograph of yours truly.  It was one of several that ran in a profile the paper did on A Dude back on January 15 called “Can a regular guy pedal 10,000 miles in two Years? This dude did.”  You can go read that after you finish this.   Or finish this first.  Whatevs, thanks for reading!

END_OF_DOCUMENT_TOKEN_TO_BE_REPLACED 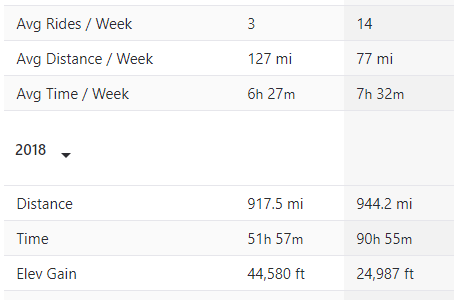 In the April 8th edition of the local paper, there was an article about JoJo McKibben, who had a traumatic accident after being hit by an SUV while biking last summer. In fact, the cyclist became trapped under the SUV, and seven people actually had to lift the car off of her! The first driver was drunk and indicted but is free on bond and has yet to go to trial.

Earlier this month she was hit again, but fortunately was not hurt as badly. The second driver is in jail on a lesser charge. Both accidents show that while Austin has the image of being a bike-friendly city, and in some ways it is better than others (Dallas, Houston, San Antonio — I’m talking to you). But the reality is much different. I know, I bike most days and fear for my life multiple times because of distracted, bad or mean drivers.

END_OF_DOCUMENT_TOKEN_TO_BE_REPLACED

A friend admitted the other day that she was enjoying walking more than bicycling around Austin lately.  That’s because she notices more things going slower on two feet than on two wheels.  I agreed that’s mostly true, but also said you still see some pretty cool stuff biking that you’d never notice whizzing by in a car.  Today was no exception, and a beautiful spring day to boot.  Please continue reading where it says Continue Reading!  (Be sure to scroll all the way to the bottom — WordPress inserts extra white space I can’t get rid of sometimes.) END_OF_DOCUMENT_TOKEN_TO_BE_REPLACED

On a Saturday in 2002, Al Bastidas was on his way to join an Austin Tri-Cyclists group bicycle ride.  A car hit him, knocking him off his bike into the air.  The wreck put him in the hospital where he was in a coma.  It changed his life forever.  Al, who is from the great cycling nation of Colombia but has lived in Austin, Texas for many years, had to go through surgeries and a very difficult rehabilitation.  You can learn more about Al’s story here.  But out of his tragedy, he created an Austin-based non-profit organization, Please Be Kind to Cyclists. Today I had a conversation with PBKTC board chair Garret.  Click to read more! END_OF_DOCUMENT_TOKEN_TO_BE_REPLACED

“I awoke last night to the sound of thunder

How far off I sat and wondered

Started humming a song from 1962

Ain’t it funny how the night moves

Strange how the night moves….”

He awoke this morning from a deep slumber, face down, lines engraved on his face from the pillow. The unemployed, aging cyclist trudged to the bathroom then back to bed for a much-needed snooze after another late night staring at screens. Before the alarm went off, something outside the drafty casita woke him for good this time, and gingerly, he rolled out of bed. Not ready to face the wind and likely rain on his bicycle, he texted a fellow attender of the weekly job club, pleading for a ride. The gangly and kindly grad student (who may or may not have been spying on him for his thesis) agreed.

END_OF_DOCUMENT_TOKEN_TO_BE_REPLACED

As returning readers may know, last April 29-30, I bicycled 202 miles in two days from Houston to Austin, Texas. That was extremely challenging for A Dude, but I did it, even adding 30 miles to get the “double century.” I’m also very proud of the fact that I obtained donations totalling $2,167 for treatment and research for the degenerative disease.  That was also challenging, since I didn’t (and still don’t) have social media available as tools to reach people.  But all the effort, suffering and training and even cramping on the ride was totally worth it, because in the end, I kicked butt both on and off the bike.

Today, the National MS Society had a gathering to thank us “Superstars” for last year.  I received a spiffy silky-smooth grey tech-t-shirt.  They had a nice spread with beverages We’re having nicer weather, so I got in a bike ride to do errands get downtown. At the gathering I met some biking friends, and a few of us went out to play pool after. It was a perfect ending to my half-birthday.  Then I biked home, making for a decent 20-mile day.  I know that’s not a real holiday, but it’s harmless fun.  I hope you enjoy the photos. END_OF_DOCUMENT_TOKEN_TO_BE_REPLACED

After last Friday’s post, Part 2 of my interview with David Walker, I decided to not publish a blog Saturday or Sunday. I think it’s a really interesting story and fairly well written, so I wanted more people to look at that instead of pictures of cats. Nothing against cat pictures or other things that I’ve been putting up on my book-writing days, of course! I also just wanted a break, so I took one. Absence makes the heart grow fonder, they say. Here without further ado are a recap and photos from my weekend.