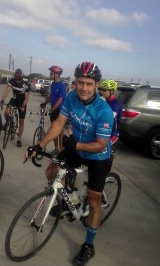 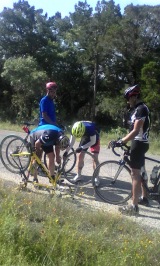 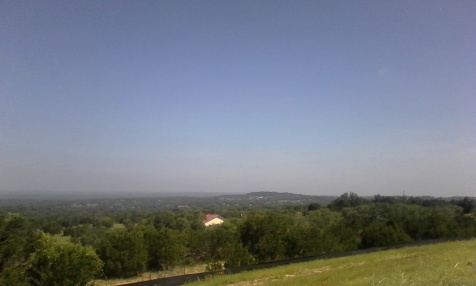 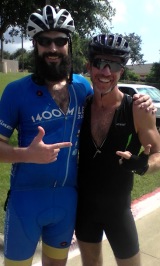 Despite swearing off of charity fundraising rides, I’ve gone ahead and registered for another one.  The one-day Austin Community Ride on August 27 benefits www.1400Miles.com, which is “Probing the Conversation on Prostate Health.”  Did you know that Prostate cancer is the second leading cause of cancer deaths in men?  A Dude Abikes didn’t know that or the fact that it’s also fairly treatable if caught early, but he does now, and he knows a good cause when he hears one.  So I figured why the hell not go for a 60-mile ride in the Hill Country in the heat of a Texas summer to try to raise some money?  As long as I’m riding a century every week, all those miles and all that blood, sweat and tears ought to mean something.  So I’ll attempt 60 miles and hope to raise a modest $600.

To donate to my ride, please go here:  https://fundraise.1400miles.com/adudeabikes

END_OF_DOCUMENT_TOKEN_TO_BE_REPLACED

It seems like a lot of people I know are struggling with their health right now, and several have lost the ultimate battle. Two people recently lost their mothers. One of them had recently lost her own mother. Another woman I used to know has had a stroke and likely won’t come back from it. Someone close to me is having a major health challenge that affects their quality of life. And while not comparable or a matter of life or death (well, sometimes it is), biking 100 miles a week is exhausting for this amateur cyclist.

“Such is life” say the French. “And so it goes,” wrote Kurt Vonnegut. “Life goes on” says every other condolence card ever written. But as the kids say, “The struggle Israel.” I don’t know why they say that, but they apparently do. Is that an anti-Semitic joke? Maybe a political statement about Palestinians wanting their own country? Or just absurdism? Oh wait, I’m just now being told it’s actually “The struggle is real.” OK, that makes more sense. That’s A Dude just trying to make light of a serious topic.

END_OF_DOCUMENT_TOKEN_TO_BE_REPLACED

Short video of roll out of today’s ride

Today I went on a 22-mile bike ride with the 1400 Miles whose motto is “Probing the Conversation on Prostate Health.”  Their slogan is “Don’t Fear the Finger” (which for women who don’t know, stands for the DRE, the Digital Rectal Exam).  OK, I can tell by the perplexed look on your face and the tilted puppy dog head that I need to spell it out for you.  A DRE is when a doctor sticks his (or her) digit (finger, not an actual number – that would be weird) up your butt to feel your prostate gland.

As the recent recipient of this lovely procedure, A Dude can say it’s not pleasurable.  But then, neither is prostate cancer, so the DRE is one way to screen for it.  I did not sing “Moon River” a la Chevy Chase in the 80’s classic movie Fletch (which I’ve seen a dozen times with my brother).  Nor did I ask the doctor if he was using the whole fist or say he should at least buy me dinner.  But he did know the scene, so that’s good enough for me to trust him.  What does the perineum have to do with biking?  Well, alot if you put in as much T.I.T.S. as I do (remember, it’s T.ime I.n T.he S.addle).