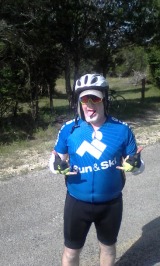 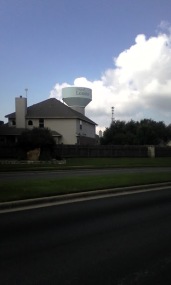 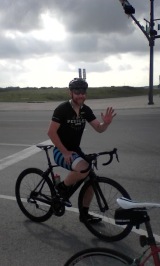 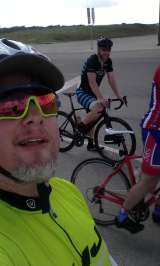 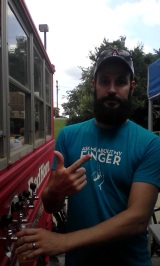 Despite swearing off of charity fundraising rides, I’ve gone ahead and registered for another one.  The one-day Austin Community Ride on August 27 benefits www.1400Miles.com, which is “Probing the Conversation on Prostate Health.”  Did you know that Prostate cancer is the second leading cause of cancer deaths in men?  A Dude Abikes didn’t know that or the fact that it’s also fairly treatable if caught early, but he does now, and he knows a good cause when he hears one.  So I figured why the hell not go for a 60-mile ride in the Hill Country in the heat of a Texas summer to try to raise some money?  As long as I’m riding a century every week, all those miles and all that blood, sweat and tears ought to mean something.  So I’ll attempt 60 miles and hope to raise a modest $600.

To donate to my ride, please go here:  https://fundraise.1400miles.com/adudeabikes

So I joined in two more group rides that start and end at or near breweries.  Austinites love their specialty, home-grown brewskis, so that apparently motivates some people to come out to bike.  For me that’s not the case:  I prefer to load carbs that are in the solid shape of a cookie.   But I’ll have a beer after a ride because they are good beers and more importantly, they’re free.  According to The Internet, beer is actually not good for you after hours of intense cardio exercise.  Sorry beer nerds, just deal with it.  Drink all the beer you want, just don’t claim it’s healthy.

The ride left from the Red Horn Coffeehouse and Brewery in Cedar Park.  I was able to get to it with a borrowed car.  Showing up in the nick of time, ride leader Bryan W (I call him B Dubya) yelled “Better get on the back of the line, Dude!”  So I did and had an enjoyable and basically uneventful 25-mile jaunt around the suburbs northwest of Austin.  The Strava link to that ride is here.

After hanging out a bit and having an adult beverage, I rushed off to another biking event.  This was the Bike Austin North Acres Forum, where I and other cyclists met with staff from the City of Austin to discuss potential improvements to this area of northeast Austin that’s in need of some bike improvements.  We took a short spin around some of the area, marked up maps with the pain points of where bike lanes end or simply don’t exist, and talked about how the City might make life safer and better for cyclists as well as pedestrians.  I don’t just mean the spandex-clad speed racers, but regular folks going to their jobs or on errands, families getting some recreation, and kids going to school.

The next ride was a doozy.  Starting in Dripping Springs, the site of a previous training ride, which I wrote about in my post, The Wheel of Life: Biking with the Ghosts of AIDS.  Fortunately I was able to hitch a ride with the amazing Seth W, who is one of the faster riders (but even he will admit to not being the fastest).  An opportunity for him to help me, and for me to be grateful to him.  Riding my bike with this group is a lesson in humility.  There are some fast riders, and some of them are going to do the Big Ride from Austin to Denver — 1,400 miles in 14 days — so you do the math!  But on this day, I was dead on my legs and dead last, along with one other person.  Sure, I stopped to help someone with a flat tire, then I lost the back of my phone when it flew out of its holder so I lost even more time searching for that.

But mostly it was just hot, hilly, windy and hard.  Some people fell at low water crossings (though the water was high, shouldn’t someone tell the bridge sign people about that?)  Sure, the Texas Hill Country isn’t the Rocky Mountains, but after all, I’m just a regular guy who rides a bike.  Although I’ve been doing it for 100 miles a week, those are mostly flat miles, so I’m not getting faster on hills.  But the fact is I still finished 31 miles and over 2,000 feet of elevation, and that’s not nothing.  We gathered at the Jester King Brewery, and yes, I had some pizza and a beer afterwards.  It was delicious and well-earned.  I called the ride the “Tour de Suffering.”  The Strava link to that ride is here.

I’ve only touched on a few highlights of these rides, but in the interests of time and since we’re in the age of the short attention span, I’ll end this entry.  Summer is officially here, so riding will need to be earlier or later or just risk too much sun and heat.  I don’t think that will deter A Dude too much, though I should have been riding instead of writing tonight.  Coming up soon is Free Beer Ride #4.  If you’re in Austin, join me at Hops & Grains this Saturday, June 25, 2016 at 8:30 am.  Here’s the Facebook event page.

Again,  if you’re a man with a prostate gland (or not), or a woman who has any people with prostate glands in her life, consider making a donation today here:  https://fundraise.1400miles.com/adudeabikes  Remember, if you’re a dude over 40, get your PSA (Prostate Specific Antigen blood test) and your DRE (Digital Rectal Exam).  And lastly, A Dude Abikes thanks you for reading, and encourages you to Like, Comment and Follow me at https://www.ADudeAbikes.wordpress.com