Today was my last chance to add to my mileage and extend my goal of bike-riding x number of miles for 2018.  So I took the opportunity of a decently mild Central Texas winter day and did just that.  First, I took Sookie to Performance Bikes, since they’re a Fuji dealer, to see if they could do anything about her cracked frame.  However, they couldn’t, because their parent company is going out of business.  But at least I got yet another confirmation (the fifth?) that she is no longer rideable.  While not unexpected, it reminded me of how much I’ll miss this bike.  After that…

A Lass, Pore Sookie, Another Glass (I Hardly Knew Ye)

… I went down the street to Sun & Ski Sports, where Mike in the Bike Shop took measurements to see how we can transfer some parts to another bike (which/whom I will introduce at the appropriate time).  I hung out a bit, not having any other firm holiday plans except to bike, walk, do yoga, and write.  It was super nice of Mike to explain how things could go, and although still sad about Sookie, I’m looking forward to the next phase.  And it’s always cool to see the gang:  both Brandons, James, Leisha, and other folks who weren’t there today.

Returning home for a short stop for sustenance and a wardrobe and bike change, Sophie and I proceeded to wander around looking at holiday lights and eventually coming across numerous fireworks being shot off.  Although they are illegal in Austin city limits, apparently the cops can’t keep up with the complaints.  My Next Door feed said it would be 6 hours.  But I headed into the fray, sometimes biking through smoke from a passle of firecrackers or aerial discharge.  There’s nothing more American than a bunch of Mexicans releasing those Chinese-invented pyrotechnics for the amusement of the descendents of Africa, Asian and Europe.

Riding 32 Miles Put Me Over the Top

And no, I don’t mean the Sylvester Stallone arm-wrestling movie called “Over the Top.”  I mean I surpassed my goal.  I’m being coy about what that was because I’ll do a wrap-up on Wednesday.  But let’s just say I made it, and it is good.  The thing is, it was just another day of me riding my bike around town solo.  And as usual, it’s somewhat anti-climactic.  Maybe that’s because I measured my efforts well and knew I was on track to finish.  Or because I kept increasing the goal, and while it sure as shit-fire took oodles of effort, I just kind of knew I would make it.

In the end, the journey is what really matters, not just the numbers on the page.  (Which I will tell you on Wednesday, partially because Strava updates it’s  servers when the year changes, so they aren’t available at the moment anyway.  (Patience, Grasshopper!)  I’m still processing all this, though.  Because it was more than I planned, it took more time.  And that took away from other things.

So I have alot of work to do in other, non-bike areas of my life.  Diet, sleep, strength-building, and atti-dude among them. I haven’t even had time to sit down and think about 2018.  I know it’s back to my temporary seasonal job from hell tomorrow, but beyond that, I just can’t even.  I’m pretty freakin’ tired!  Last year, I had New Year’s resolutions.  They became habits, and while they’re all good ones — walking and writing are the new daily activities on top of biking (most days) and yoga (five years and running every day now) — I wonder where I will take things.  So, I expect I’ll just continue, but maybe tweak things a bit.  Some things may have to suffer (particularly this blog) for me to make my daily bread (even though I gave up 99% of processed grains this year).

For now, I’m due some good rest.  Two years I took a whole week off the bike.  I don’t think I can afford the time to do that.  Thanks for coming along with me for the ride of this blog.  More to come, be sure to tune in Wednesday!  To conclude, here are a bunch of photos from tonight’s ride. 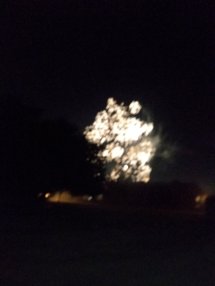 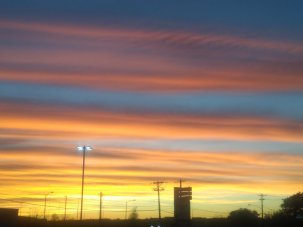 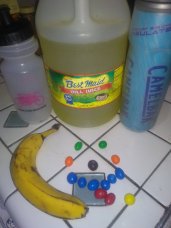 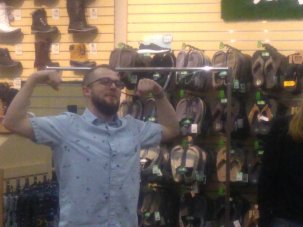 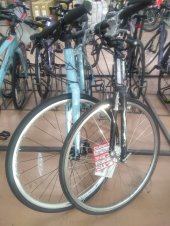