The other day I was gifted the use of a car by a super nice friend during their extended summer vacation.  It’s promising to be a hotter-than-usual summer here in Central Texas, USA (oh wait, it’s still only spring), so this is a real nice luxury for A Dude. Compared to me on my bike, cars are efficient, fast and comfortable.  I can arrive places without being sweaty, tired and gross.  Or transport stuff.  Take Sunday drives.  Drive getaway in exciting capers.  (Just kidding!)

The down sides are, as most people know, that cars pollute, lots of other people have them and get in the way, and they cost a lot of money. A problem specific to less gifted bicyclists who gut out the miles anyway (like moi) is that getting out of an air-conditioned vehicle that takes little energy to operate and then onto a bike which takes alot of energy is quite difficult, psychologically speaking. Especially when you’re tired, which I seem to be most of the time these days. A First World dilemma for sure, but it’s real to me who put in seven 100+ mile weeks in a row. So what’s A Dude to do?

Cars Aren’t Evil, But The Combustible Engine Is

With my new (to me) Ford Focus (ironic due to my recent post about yoga), I zipped around town taking care of business and some errands.  It was, in a word… weird.  For example, at the grocery store, it was strange to be able to buy a cantaloupe and not worry about the weight and everything fitting in my backpack.  Or to see a guy who remarked if I had a haircut, because it wasn’t plastered to my scalp with sweat. And just the speed, being separated from nature (even if she’s hot from global warming), and distance traveled in so short a time really feel wrong to me, in a way.

I actually did attend a funeral today, as mentioned in the title of this post, although it was actually a memorial.  It was for someone I did not know, but then they aren’t for the deceased, but for those left behind.  So I went to pay my respects to a neighbor, one of the sons.  The dearly departed was 95 and that’s no less of a loss.  But damn, if I make it to be five clicks short of a century, I’d be 1) very surprised, 2) probably pretty lonely at losing most of my friends and family, and 3) agree with what they say about 95-year olds:  “Well, s/he had a pretty good run.”

Still, heat and all, I had every intention of riding my bike once it got cooler, but the temperature was around 92 F at sundown plus humidity, so it felt closer to 100 F.  Having not done my daily walk, yoga or writing (this blog M-W-F or my book, Tu-Th-Sa-Su), or eaten a proper meal all day, I took my first two consecutive days off the bike since I can’t remember.  I chalk the fatigue up to still recuperating from my 543-mile month of May  (which included part of the previous week’s 185 miles), and some delayed heat exhaustion, as well as the great mystery that is the human body.  Imperfect, decaying and breaking down as it is every single day.

But back to my point:  cars aren’t inherently evil anymore than a horse and buggy, rickshaw, locomotive, or bicycle.  They each have their pros and cons.  When my car was totalled by another driver in 2005, I had to do without.  And ever since then, I have kept living the car-free lifestyle, for the most point.  (See my post, “13 Years (Not) a Slave to Cars.”)

Yes, I drove a work car several times a week the last few years, and those of friends on occasion, one earlier this year for housesitting. So sue me! I’m definitely not saying I’m better than anyone because I don’t drive usually.  I’m just too poor to have a car and I need bike my ass off (well, it’s still there, but I keep trying to drop some pounds to no avail). As a good buddy frequently says, “Live to ride another day.”  Hell, even the pros take some time off when it’s not racing season.  Maybe some will say I can’t call myself car-free, and they’d be technically correct.  To that I’d say “Judge not til you’ve cycled 10,000 miles in my bike shoes.”  I’ve more than paid my dues and reduced my carbon tire-print.

So, my main mode of transport, was, is and shall be for the foreseeable future a bicycle under my own power (though an e-bike could be a decent compromise if I just can’t even anymore).  I was never one of those bicyclists who was anti-car on principle, or who hated them.  Sure, I hate the effects of cars:  pollution, the isolation, costs, traffic, dominance of public bond money, and the constant threat of death they pose.  I’ve even joked about making a jersey that says on the back “Go around or buy me a car!”  That seems unlikely, so I’ll keep going.  As long as I can.  But for now, I’m OK with slacking off a little, and I’m OK with that.  All I need is 10 miles a day to make my goal for the month.

Repeat offenders, uh, I mean readers (thanks if you are one!) know that I occasionally will complain in this space about aches and pains from my epic velocimania, old injuries, new sore places, insomnia, and general challenges being an ageing, fathlete cyclist who has some health issues.  OK, I do that more than on occasion.  But I do my best to adapt despite whatever’s thrown at me, and it is my sincere hope to inspire others to do the same.  But something seems off for me, more than usual. And that’s a good enough reason to give myself a break.  Hopefully it’s nothing and will pass.

As for my tiredness, I don’t know if it’s a return of the anemia symptoms I developed after just a week on a vegan diet.  And then maybe it wasn’t iron deficiency.  The doctors don’t seem to know or care (enough) to figure it out.  Or any number of other known or unknown medical situation.  But now with a car it doesn’t matter as much.  I can go to the lab to repeat some tests without impacting the results with a bike ride. 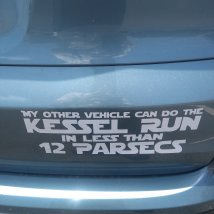 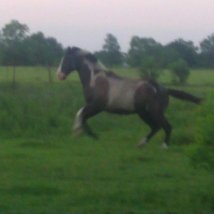 Or if I’m feeling better, maybe I can drive to somewhere nice out in the country to bike. See friends in other parts of Austin, even.  I can even go get a donated massage and not have to bike home five miles, decreasing some of the relaxation effects.  Shoot, I can even pick up hitchhikers if I want. There are also possibilities of using the car for work, for the time that I have it.  Hopefully I can arrange another one after this.

But will I really slack off my biking?  Gain weight because of that?  What will I do when the car has to go back?  Time will tell, but if I know me, biking will be part of my life as long as I can do it without damaging myself too much.  That could be for 10 years or it could end tomorrow.  Meanwhile, what are your thoughts on cars and bikes?

PRIVACY NOTICE: This site, https://ADudeAbikes.WordPress.com, like all WordPress sites, uses cookies, so if you leave a comment it collects your email address, identifies your IP address, and it may collect other data unbeknownst to me. WordPress appears to be complying with the European Union General Data Protection Regulation. I personally don’t do anything with your information, although if you have commented, your email is shown, and I may in the future add your email to a list that you can opt out of. If you do not wish to have any personal data collected, please go to www.ADudeAbikes.com. (That is currently just mirroring the WordPress site, so no data is collected there, according to the host.)