It was a dark and rainy morning.  After a late night re-creating my blog that the crappy wifi connection ate (I’ve since installed a wifi extender), I awoke to thunder and lightning.  So I padded over to the toilet, the one that is inside the shower stall, Asian-style.  Job done, I stumbled back to the cubby hole that my bed is in, drew the curtains, and slept as long as I could.  I dreamt vividly, but of what is now shrouded in the folds of my hippocampus.  Which always sounds like a university for hippopotamuses.  Or hippopotami, to use the correct Latin.  I awoke in a foul mood. 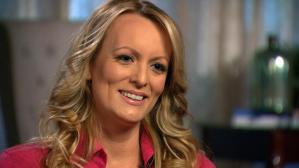 Speaking of stuffy languages studied at university, I’m off to see Phantom Thread with the best actor of our generation, the now retired Daniel Day-Lewis.  Allegedly he liked the role so much he’s given up cobbling shoes and will become a professional dressmaker, I shit you not.  But MoviePass, you had me at seeing a free movie every day if I want to.  Even if it’s one about dresses.

OK, I’m back from the movie and a good four hours of cooking, cleaning, and throwing boxes around my still unpacked tiny house / cottage / zendo / big room.  That’s another story for another day.  I liked the movie, despite not really being sure what to think about it.  I mentioned that to the manager of the Austin Film Society Cinema, Cody, who said he gets that alot.

If you’re not a fan of director Paul Thomas Anderson (There Will Be Blood [the other one he did with DDL), Boogie Nights, Punch-Drunk Love, etc., you’ll probably hate it.  If you are, the opposite is likely.  If you’re like me and neither fan nor hater, this is an interesting movie.

The best way I can sum it up is it’s like a series of paintings.  Not alot of action, but mesmerizing to watch.  And there are a few actors I would watch as they watched paint dry.  DDL is one.  In this movie, you can see the storm clouds form on his face, as thoughts, feelings, ideas and more come and go.  There’s not the violence of TWBB, but there is a sense of that under the surface.

Affecting a more British sounding voice, DDL is both himself, the only three-time winner of the Oscar for Best Actor, and his character, Reynolds Woodcock (he was nominated but did not win.)  DDL is well-known for method acting, and this part was perfect for him.  Written with nuance and subtly, but allowing for range, DDL portrays the post-war designer and tailor to the rich of London as a talented, driven, brilliant, domineering, haunted, flawed artist.  I read that the time and place were significant to the actor, as he spent time as a boy in 1950’s London with his father, a poet.

Love comes to his life and changes it, for better or worse.  The women in the film are also stellar and make his performance possible.  Asking questions about creativity, demons, solitude, popularity, craft and more, the film leaves it to the viewer to decide what is good or bad, right or wrong, beauty or vanity.  What I took away from it is that creativity for the sake of art is worthwhile.  Certainly that applies to my blogging, which has little promise of providing an income anytime soon.  But also that the desire, need and compulsion to create is within each of us.  For some, maybe it’s stronger than others.  But we need to do it, regardless.

I’d refer you to a recent new follower whose site is about reviewing movies:  Nick Kush at https://MovieBabbleReviews.com.  I’m not sure he’s done this one, but if not I hope he will!

Today I got confirmation that the reason I’m feeling low on energy is that my iron level is still abnormally low, aka anemia.  It’s even lower than it was in January when I attempted a vegan diet for a week.  That is not the only concern, but it is a big one.  I’ll have to increase my intake of foods and a supplement until I can get the safety net community clinic doctor to recommend something, or maybe do more tests.  It’s just as well that I’m biking less in order to write more, because I’m not in good condition for long hauls.  I guess we’ll see what it means.

Naturally this news has not done much for my mood.  A relative and fellow blogger down under lost their beloved cats in the last few days.  President Tinyhands Orangehead (now known as Spanky in Washington, DC — this is a real thing I saw on a CNN clip on The Late Show with Stephen Colbert — has his news of his tawdry affair with a pornstar televised.  The Giant Garbage Island in the Ocean is now twice as big as my state of Texas, and 16 times bigger than previously thought (and it’s not the only one).  The slings and arrows of outrageous fortune keep coming.  We’re in a catastrophe or between catastrophes, I wrote recently.

Today in my book I wrote about my first century ride, almost two years ago April 30, 2018.  I looked at my blog leading up to the ride, and realized I never really described the ride itself.  That was a watershed moment in my 5,306 + 4,714 = 10,000 miles that I bicycled in two years.  And after four months in the book — each chapter describes a month — I’m starting to feel like it’s a real thing.  Maybe like I’ve turned a corner, since it’s theoretically 1/6 th done.  Of course it will need tons of re-writing, so it’s really not done yet.