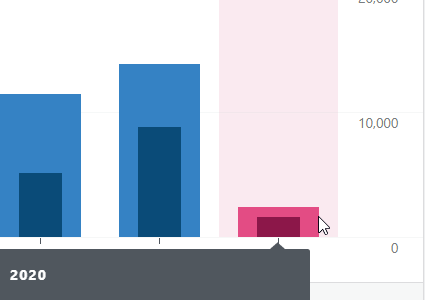 Since starting ADudeAbikes.com on WordPress January 1, 2016, I had no clue what I was getting myself into. At the end of 2015 I had just obtained a cell phone and biked about 3,000 miles. It began as a way to document my journey — both figurative and literal. And I suppose I’ve accomplished a few things. Sometimes I like to look at those statistics and reflect upon it all.

END_OF_DOCUMENT_TOKEN_TO_BE_REPLACED

Tonight I biked eight miles down to a co-working warehouse space in trendy South Austin. (A real bumper sticker I’ve seen says this: “78704: We’re all here because we’re not all there.”) I attended my second class about the freelance website Upwork. As one of if not the largest websites of its kind, and having an interest in freelancing, I was encouraged to sign up a year ago. I did so and listed the title of a job I don’t really want to do. Since I never spent much time becoming familiar with how it works, nothing happened. Some time last year I attended a class, which didn’t impress so I promptly forgot about it. The other day an email appeared inviting me to a presentation about setting rates in Upwork. Now that I’m identifying myself more as a (non-technical!) writer, obviously I need to redo my profile and learn how to use the system. Here is some information I learned for those who might be interested.

END_OF_DOCUMENT_TOKEN_TO_BE_REPLACED

Recently I was reading something that suggested the reason most people are not wealthy was really our own damn fault for having negative subconscious thoughts about money, usually from growing up. Change your thinking about money, the mantra goes, and you’ll magically remove those obstacles. Of course that’s just pure illogical bunk and New Age hooey, right? There are real world factors like education, disability, corporate capitalism, class, sex, racial and other forms of discrimination, lack of access to resources and connections and more that all work to keep most of the 99% of people down.

Attracting abundance is an idea that’s not new to popular culture and the self-help world. Remember The Secret? Even though just wishing for more loot and stuff and having it show up seems ridiculous, I decided I would give it a try. What do I have to lose, right? Well, within 30 minutes of telling a friend about it, I had a half-day paying gig watching a TV show. Just for watching three episodes of a show that I hadn’t heard of but would like to see, I was going to be paid the tidy sum of $100. It was the best job I ever had. Did I get it because I had already signed up on the mailing list with the market research study? Or because I was intentionally telling the universe I was available? Who knows? But it isn’t the only time. It keeps happening!

END_OF_DOCUMENT_TOKEN_TO_BE_REPLACED

Arriving home, I caught a new article on Wired, “Jack Conte, Patreon, and the Plight of the Creative Class.” Earlier this year, I heard Jack’s talk at South by Southwest, a sort of origin story cum sales pitch. Many of us would love to get paid for blogging, and I’d love to get paid for editing and publishing my book in progress. Yet the struggle between having to work a job and pay the bills is one that’s been going on for a long time. Ever since the first caveperson started drawing on the walls instead of hunting, I would imagine. How to be creative in whatever your endeavor(s) may be keep a roof over your head and food on the table is an ongoing issue. Spoiler alert: I won’t solve it here today. But maybe you’ll relate to some of my thoughts and have some comments.

END_OF_DOCUMENT_TOKEN_TO_BE_REPLACED

You’re staring at a blank screen. The cursor blinks at you, tauntingly. Thoughts scurry across your mind like (insert whatever scurrying thing comes to mind here). Nothing seems good enough to press publish, interesting or worth writing about. Yet, you have a deadline, external or self-imposed. It’s time to blog and nothing comes to mind that is blog-worthy. What do you do?

Yes, you read that correctly: A Dude is driving an infernal combustion pollution-mobile for a while. It wasn’t supposed to be this way, but it’s required for a job, so I’m going with the flow. However, my bicycle mileage is suffering greatly. My wallet on the other hand, which has been starved for quite some time while I wrote and now edit my book, is enjoying the influx of filthy lucre. I haven’t planted any trees to offset my carbon footprint, but my time without a car has earned me a fair bit of good karma. (See 14 Years Not a Slave to Cars.) But it’s still a dilemma, one that my little blog isn’t going to solve.

I got to see, hear and touch (just a handshake, mind you), professional funnyman and human being Jake Johannsen after participating in, well, just attending, his first show of a four-night stint 8/14-17 at at Capitol City Comedy Club. A couple of friends and I were fortunate enough to see his show again. I wrote about his hilarious stand-up comedy act last year. Some of his material was the same (but just as funny!), and quite a lot was new. Many jokes were laugh til you almost cry funny. One woman even slapped her leg while laughing, and he commented on that, comicly, of course. And then we got to meet and chat after. Very cool. More after the More bar… which I’m told you don’t really see. Never mind.

END_OF_DOCUMENT_TOKEN_TO_BE_REPLACED

Ever since I got Strava, the fitness tracking app with social media component, I’ve tried to make the titles of my rides entertaining, or at least descriptive. Sometimes I’ll link to a ride, but I don’t usually list them. However, I’ve been using them because they have been very helpful in writing my book. It’s a memoir of a two-year period wherein I rode many, Many, MANY! miles on the bike. Being able to look back at the collection of Strava rides has been invaluable in re-creating my experiences. I thought it might be fun to go into this little but significant part of my practice of riding my bicycle usually 100 miles a week.

END_OF_DOCUMENT_TOKEN_TO_BE_REPLACED

My first time at Malvern Books, a small independent store in Austin, Texas, was exactly what I expected and yet wholly surprising. The expected part was that people would come to hear the author and the poet, there’d be snacks before and Q & A plus schmoozing after. One Page Salon creator and host Owen Egerton had announced the reading of his good friend Walter Moore, who also read a page earlier in the week. When I bicycled over to the site formerly adjacent to Vulcan Video, I was greeted outside the door by Owen. He took a moment from his conversation with the smoking guest poet to smile at me. I thought he was opening the door but instead gave me a big hug. Sorpresa numero uno.

END_OF_DOCUMENT_TOKEN_TO_BE_REPLACED

“No news is good news,” it is said. Well, maybe not if you’re in the business of providing news or views people can use. Like, say, in a blog. What may be my favorite TV show Seinfeld was reputed to be “a show about nothing.” But that was just bullcrud made up by the press because of a line said by George in the “show within a show.” The real one was about how comedians get their material. How do bloggers get their material? Well, as this blog is (mostly) about bicycling, there’s usually no shortage of people, places or things to talk about. Except like now, when nothing comes to mind. Please indulge me as I write a blog… about something. I know, how about Rocketman?