The Needle Keeps Skipping on My DEF Jam Records

(Doubt, Embarrassment Fear = DEF) I’ve had a lot of DOUBT about my abilities to bicycle very far or fast, and especially on this hilly road. This has been a source of EMBARRASSMENT to me as someone who was featured in the paper for riding his bike a long way, not to mention being a blogger about bicycling. And due to two recent deaths of people on bikes, I’ve had alot of FEAR. After yesterday’s post about faith, both religious and secular, I felt a parting in the metaphysical clouds, which mirrored those in the sky letting in enough sun to dry the road sufficiently as it also warmed the earth. So I got on my bicycle, and being A friendly Dude, I brought my friends along for the ride. You can come along too as I describe it.

“If you hear a voice within you saying, ‘you are not a painter,’ then by all means paint and that voice will be silenced.”

Doubt Your Doubt, and It Will Probably Diminish

To me, Doubt is that inner voice that asks, “Who the hell are you? You can’t do that!” Wherever that voice comes from, it was probably originally meant to help protect you. But something that served you back then as a friend may be an enemy now. So, apply your doubt in yourself to that voice of doubt in your head. Talk back to it.

I didn’t do this consciously, but if I did it would go like this: “Whaddya mean, I can’t ride my bike on this road? I’ve done it before! I’ve ridden way harder roads, and a lot more times. Who the hell are YOU to tell me what I can or can’t do, Doubt? ” Another thing with Doubt is just taking even a few steps in the right direction tends to shut it up. Doubt you can ride your bike 20 miles? Do 1 mile, then try to quit. You won’t want to, because you’ll remember like I did that it’s like riding a bike.

THE TAKEAWAY: When you question Doubt’s real power rationally, it tends to just kind of melts away. If it doesn’t, keep chipping away. If you didn’t keep going at 1 mile, try 2 miles. Then 3. Rome wasn’t built in a day and neither was your Doubt. Another way to counteract Doubt is to ask it what it wants. Have a conversation with it. If it’s a larger question of Doubt’s siblings of low Self-Esteem or Low Confidence, that may take more digging into. But can you think of a time you overcame another Doubt? Use that.

The Embarrass Is Also a River in Southeastern Illinois

“I don’t know the key to success, but the key to failure is trying to please everyone.”

This one is how you might feel when other people judge you if you do something Doubt told you not to and you fail. You know who else fails and experiences Embarrassment? No one — except every successful person ever. I didn’t want to slow down traffic and look stupid by riding so slowly on this road that cars would back up for miles. But I didn’t, and the few drivers who had to slow down to wait for a chance to pass didn’t throw beer bottles at me.

Another example: Just wearing lycra pants and a form-fitting shirt is something I’m still very self-conscious about, because I’m not a skinny racer and those are not flattering to the fathlete’s form. But you know what? No one cares! And those that do are not worth your time. Cycling clothes are meant for comfort and safety, and I wear my charity ride jerseys with pride. They represent a ton of work on the bike and also effort off it — I’ve raised $8,500 in five rides that went to help people with HIV/AIDS, breast cancer and MS. So I think they look kinda cool, actually. So while embarrassment was there to stop us from say, jumping off the roof of the high school, nowadays it’s just holding us back from getting stuff done.

THE TAKEAWAY: Friends don’t do that. Enemy’s do. Tell it thanks, but no thanks! Maybe don’t run nekkid in the street, but if you do, own it! Seriously, If talking back to your Embarrassment, doesn’t work, what might? Well, they make bike shorts with regular shorts on top, for example. If you don’t like your photo, you could Photoshop it. Maybe have your own jersey made. (Or, you could buy one of mine!) There are often workarounds if you look hard enough. Be sneaky like your Embarrassment.

Don’t Fear the Reaper, but Give It Some Respect

“Do the thing we fear, and death of fear is certain.”

This last false friend is a big one. Fear is definitely part of our primitive brains designed to make us run the other way from bigger animals that might eat us. It’s still there to do that, except now it’s to keep us from saying dumb stuff to the the boss to keep her from giving us the lay-off notice. (Oops! Too late in A Dude’s case! Though it was due to restructuring, nothing I did or said.) Or to warn us when that guy in the next lane might be driving too erratically, and you should get in front of him. In the case of bike riders, fear of death is a constant passenger. And s/he should be.

You know that quote, “Ships are safe in harbor, but that’s not what ships are for”? Well, they get barnacles and can get stuck in low tides or drought and even wiped out by hurricanes. There is ALWAYS something to be afraid of. But look at reality. Most kids don’t get shot at school on a daily basis. I’ve biked 10,000 miles without a car crash. Of course, avoid real violence at all costs, and accidents and bad things happen. But unless you’re rich and can afford to hide out under the covers all day, you’ve gotta get out in the world and live your life. A bit Fear protects you. Too much fear hurts you.

THE TAKEAWAY: Try this tip from Russ Harris’s book The Happiness Trap: Tell your Fear, “I noticed that I’m having the thought that I’m afraid of [your fear here].” Keep telling it that, you will probably find it dissipates a bit. Over time, it may not go totally away, but it doesn’t hold that strong a power over you. Or if the road is too scary to bike on, find another road. Take a friend. Use your trainer at home. Find out the safest time and drive it in a car first (which I did). Keep trying ways to get around or through Fear rationally.

For a fun look at Fear, check out this fun illustrator I found on WordPress: Peter Edwards’s Little Fears.

Well, whole psychology books are written about these topics, and I’m not a medical doctor, so if my tips don’t help, you may need to look at some of those books. Or see a doctor. Seriously though, Doubt, Embarrassment and Fear will probably always be with us. But we can minimize their damage by looking clearly at the facts, and then telling our irrational emotions to take a back seat. We’ve got some bike riding (or whatever that voodoo that you do so well is)! 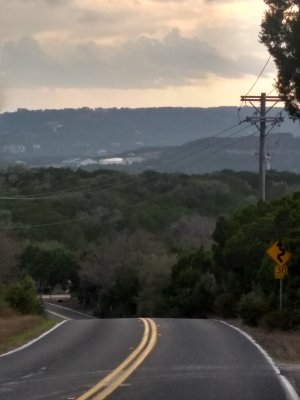 *see the About page for my email

2 thoughts on “Doubt, Embarrassment and Fear: How to Manage the 3 Frenemies”