My last post was a mashup: a rant about commercialism and the whitewashing of the true history of Thanksgiving but also the good part of the holiday (gratitude). In keeping with that (Great) spirit and my belief that racism is you know, like, bad (der), it’s time to celebrate the next in a series mentioning the obvious but overlooked fact. That is, that people of color ride bikes just like this and many other white dudes and dudettes. We’ve taken a look at cycling in the Asian, Latino/a, and African American cultures, now it’s time for Americas First Peoples. Disclaimer: I’m a white person, and I’m not attempting to speak for anyone except myself. But I learned a lot researching this, and hopefully you will, too.

END_OF_DOCUMENT_TOKEN_TO_BE_REPLACED

Texas used to be part of Mexico, and 40% of its inhabitants are Hispanic. for our neighbor to the immediate south, Mexico, which celebrated its independence from Spain on September 16. The day before was Independence Day in Costa Rica, El Salvador, Guatemala, Honduras, and Nicaragua, and the beginning of National Hispanic Heritage Month in the US. Since I’ve written about Asian Americans, African Americans, Native Americans in relation to cycling, it’s high time I highlighted Hispanics who bike.

END_OF_DOCUMENT_TOKEN_TO_BE_REPLACED

Half-descended from a nomadic people, and with the high, High, HIGH cost of rent in Austin(tatious), Texas, I tend to move around a lot. Realizing that would be my lot when I first returned here after surviving Y2K, I rented a mail box at the downtown post office. No matter where I was living (always within a five mile radius north or east), I figured it would also force me to hop on my bicycle and ride down to El Centro at least once a week. (“It’s ALL downtown, George,” said Jerry on Seinfeld.) It was on Guadalupe Street for many years, but a while back it moved to Congress Avenue. And anything named after that junction of dysfunction — Congress being the opposite of Progress — is bound to have problems. I saw one tonight.

END_OF_DOCUMENT_TOKEN_TO_BE_REPLACED

A year and two weeks ago, I wrote Snow in Austin, Winter in America, based on a powerful song by Gil Scott-Heron. I think that post is some of my best work, not necessarily prize-winning, but in trying to capture a mood. (You should go read it now. I’ll wait.) The street poet, progenitor of rap, musician, and author was a voice of conscience regarding the state of Black people in America, among other things. He could also lay down some serious grooves to go with his strong words; Winter in America is in a minor key and has a great blues flute solo. I wrote that post right before coronavirus began its whirlwind tour of the US — just before it went viral. (Ha!) It was a few months before the modern-day lynching of George Floyd on May 25, 2020. (Not ha.) Scott-Heron died on May 27, 2011, a decade ago later this year. What would he have to say about Floyd’s killer, Minneapolis policeman Derek Chauvin still being out on bail awaiting trial and maybe even getting some justice for George (yeah, we’ll see about that)? Time marches on. But as Sting once sang,“History will teach us nothing.” The prophetic music and lyrics of Scott-Heron and others like him (Marvin Gaye comes to mind) are relevant — still. Maybe in GSH’s poetry we can find a little solace in these cold and dark days. Or maybe we’ll get pissed and take action somehow. It is Black History Month, but is there more to it than history?

END_OF_DOCUMENT_TOKEN_TO_BE_REPLACED

Since it’s Martin Luther King, Jr. Day, I’ll also remind folks of an older post with a photo of The Rev. Dr. King on a bicycle. Thanks to the pandemic, there was no rally with speakers and then march. I’ve attended them on an off over the years here in Austin and was at a huge gathering and march after the police killings of George Floyd, Breona Taylor and other Black people. I was fortunate to be able to participate in some Black Lives Matter protests last summer and a pair of Black History Bicycle Rides.

END_OF_DOCUMENT_TOKEN_TO_BE_REPLACED 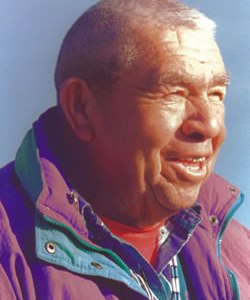 November is Native American Heritage Month in the US, and the fourth Friday in November is Native American Heritage Day. Unfortunately, it’s known more for being the biggest shopping day, aka Black Friday (which has nothing to do with African-Americans). And it comes on the heels of Thanksgiving, aka Un-Thanksgiving or National Day of Mourning. In the 2010 Census, almost 3 million Americans identified as indigenous, and another 2 million said they were indigenous and another race. I’m well aware I’m a white person writing about people of color, so before I go any further, here’s a good interview with Simon Moya-Smith, an Oglala Lakota journalist. Go give that a quick read and then come back. I’ll wait.

END_OF_DOCUMENT_TOKEN_TO_BE_REPLACED

After the previous Sunday’s smaller ride, Bike Ride for Black Lives Matter… I somehow heard about another one even though it was organized on Facey Spacey. I happened to be awake and I’m always in need of more miles. Rather than stand around looking at the police station or state police, I decided to join in and try to learn something. The organizers expected 50 people, and they got at least 500. It was a huge event and lasted four hours in the hot Texas sun, but it was a cool thing that is hoped will catch on in other cities.

END_OF_DOCUMENT_TOKEN_TO_BE_REPLACED

Word arrived that this bike ride was happening Friday night. My social calendar being empty as always, and not sitting shiva either, it seemed like a good way to reduce some of my white privilege. I’ve been an ally in a variety of causes ever since I was a baby; my mom took me to civil rights protest in Little Rock, Arkansas and Dallas, Texas. I’ve wanted to be solidarity with the Black Lives Matter movement, but a small number of people hijacked protests with violence, and there has been a disproportionate police response that has put numerous protesters in the hospital. (See my recent post, Nonviolent Justice for George Floyd and Bronna Taylor.) I have not been on a group ride since mandatory stay home orders and social distancing were set up by the health department in mid-March. So while it was risky, I felt that with a mask, staying away six feet or more from others as possible (often not, but most people had masks), and being outdoors, it was worth it. I always am looking for my daily dose of miles and exercise, too. It turned out to be a peaceful and educational night.

END_OF_DOCUMENT_TOKEN_TO_BE_REPLACED

Snow fell from the cold, dark skies on my bike ride home from the gym. The frozen precipitation is rare in Central Texas, especially in relatively mild winters like we’ve been having. So it’s a wondrous sight when it does snow. I felt lucky to have been outside riding when it came down. Light, white, wet kisses on my face melted quickly. Some accumulated on car hoods and lawn chairs, and the roommates and dogs were happy to see and feel it, too.

Of course in other places, there are no romantic notions about snow, because they’re drowning in it and shoveling it by metric ton. Another substance is also being shoveled in similar quantities, but it’s brown, smelly, and comes out of the back end of a cow. And by that of course, I can only be referring to the State of the Union, which was by some accounts a total snow job. Winter isn’t coming, Jon Snow, it’s already here. The revolution will not be televised. It’s winter in America.

END_OF_DOCUMENT_TOKEN_TO_BE_REPLACED

While I am off the bike for a few days, not really by choice, I’m searching for something to blog about. At least I’m getting some rest. Maybe I’ll try a stationary bike or try to ride anyway. I’m tempted to take a rest day from blogging, too, but obviously I’m not. What follows is a rather random brain dump of bike stuff. Just one by itself isn’t enough for a single blog, but together they add up to one. I think it’s interesting, so maybe you will too.