This time of year is ripe for new goals, especially the dreaded New Years Resolution.  For many people they start with good intentions and by February 1st they’re ass-deep back in the ice cream (or whiskey, tobacco, or whatever your vice may be).  So while rushing around today I kept thinking about what has helped me met and exceed my own objectives.  A big point of this blog is actually about my struggle and efforts.  It’s not so much to toot my horn (though sure, that’s part of it), but it’s to log what I’m doing on the web.  (Thus, a web log aka blog.)  The hope is that I might inspire others, maybe even you.  Plenty of people tell me I do that.  They also ask A Dude, “Hey, A Dude!  How do you do that voodoo that you do so well?”  Well, since you asked so politely, I’ll tell you.

That title is a paraphrase of a line from Tom Hanks in his stand-up comedy / drama Punchline.  In it, he becomes a mentor to a frustrated but funny housewife played by Sally Field.  And asking him what to do, he just encourages her to try.  When I signed up for my first charity ride in 2015, that line came into my head.  And it came back again when I started this blog.  Just the other day, I heard a version of it in the DVD extras of the great movie The Big Sick.  Legendary comedy producer, director and writer Judd Apatow uttered something along those lines about being creative.  I’m paraphrasing, but he encouraged people to:

“Simply start creating something.  Don’t worry about how great or crappy it will be.  Once you’ve done something, don’t sit around for two years talking about it — create something else!”

While this seems quite simple and obvious — you can’t bike and walk 5,000 miles in a year if you don’t cover the first mile — it’s surprising how many people don’t ever get past their fears.  Today I had aquatherapy with a lovely woman who’s married with children.  She mentioned she was too afraid to ride her bike, except with her kids around her house.  She’s right to be concerned — drivers in Austin are often not paying attention, and it’s pretty dangerous, even if you stay in your (bike) lane.

But it made me kind of sad for her, because she’s missing out on some great experiences biking.  Granted, I’m not a mother (as far as I know!), so I’m sure the calculus is different when one has children.  However, I see parents biking with small kids on their bikes, so it’s a choice.  (One I could help with as a League Cycling Instructor, once I get my stuff together.)  The point is that yes, one has to take the first step, and many more after that, if one is to get anywhere in life.

You Don’t Have to Do It By Yourself

How? is always the question.  I can’t tell you what to do exactly, but what has worked for me might work for you.  A class, a coach or a community is a proven method of having the external support to get off your butt.  In Austin, there are a ton of ways to get out there:  Bike groups on MeetUp, organized rides from bike shops, social cycling people, and that’s just a few.

If there aren’t in your area, you can make one happen yourself.  Put up a poster, email your neighborhood list, try online sites like Craigslist.  Or just an old fashioned friend or family member may be willing to try a fitness challenge.  It doesn’t have to be biking.  Almost any activity that you can do alone (that means not a team sport, obvi) can be done with someone else.  If you’re too shy or introverted to put yourself out there, you may have to do some inner work on your motivations and goals.

On the other hand, most of my bicycling is done solo.  That’s just how I roll.  Partly it’s because I’m not on an early morning schedule.  Another is lack of a car to get to rides.  A  third is that I’m at an intermediate level and haven’t really found my tribe.  The social rides are either too slow and boring and actually can be dangerous when people are imbibing, or are at times or locations that don’t work for me.  And the shop rides are too fast and competitive.  Even when you’re with others, you’re going to have to get out there and pedal your own bike anyway, so you may as well enjoy your own company, or learn to.

What Is Your Special Purpose?

Movie fans old enough to remember Steve Martin in the great film The Jerk will remember his epic and hilarious quest to find his “special purpose.”  What is yours?  That’s kind of a big question.  In fact, too big.  It doesn’t matter.  People get hung up on how many miles they’re going to ride, or pounds they’re going to lose, or any number of outcomes.  So guess what I did?  I broke it down.   I asked myself, A Dude, if you could do one thing this year that at this point in January of 2020 you could say, “Damn, I’m proud of myself for accomplishing that!”, what would it be?

There’s a writer my brother turned me onto named James Clear.  He’s the author of Atomic Habits and writes a blog about the science behind making good habits stick.  If there’s one thing I’ve learned from ol’ JC, it’s that process and progress matter, not the outcome.  The former will take care of the latter.  Here, I’ll prove it.  Take a look at this screen shot of my computer files from a folder entitled ADAB Book – Chapters:

It shows that I have 17 chapters of my book-in-progress done.  How did I get there?  By writing 30 minutes or 500 words minimum every single day in 2018.  I began the year with daily blogs, and eventually switched to blogging three days a week and book writing the other four.

When will it be done?  Will it get published?  Become a best seller?  Will I make any money at all on it?  Or even lose money?  Does anyone really even care?  I’ll answer that with an old joke.  An elementary school kid comes home and his parents ask what he learned in school today.  “Well, I learned two words in English class:  ignorance and apathy.”  The parents were impressed.  “OK son,” they asked, “what do those words mean?”  The boy answered emphatically, “Well, I don’t know and I don’t care!”

The point is, those things don’t matter.  They get in the way, in fact.  So guess what I did?  I broke it down.   Because I committed to the process and to making progress, and made writing a regular, non-negotiable habit, I have written 62.5% of my book.  I thought, worried, talked and even journaled about it for a year and barely got anything written.  Set aside and scheduled time to write every day and BOOM!  It’s well over the half-way hump toward completion.

Yeah, But What About the Sports Stuff?

OK, hold your horses, I’m getting back to that.  How does this middle-aged, overweight guy with medical challenges and a full-time job (and now, not), ride his bike on average about 4,500 miles per year for four years in a row?  (Almost all of 2015 is not on Strava, but about 3-3,500 miles definitely happened with the charity ride I mentioned and the trainings, and then another one six months later.)  Well, here in a nutshell are some of the tricks to my sports psychology:

In the end, you get to choose.  How far and fast you ride.  Or run.  Or row.  Or write.  Whatever.  There are plenty of more informed and scientifically-based books and resources out there to help you examine all this.  But I hope my insights from hard fought personal experience have been useful to you.  Now, get out there and stink it up with the rest of them whether you like to do it yourself or not.

I’m rooting for you!  And like the campaign slogan of the last real US president went, Si se puede!  I may not know you, but I believe in your ability to do far more than you can imagine.  Why is that?  Because no one ever thought I could do what I have, least of all me, but I made it happen anyway 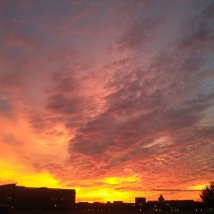 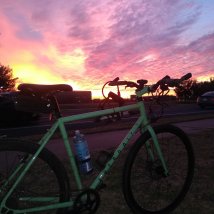 3 thoughts on “Psychology of Sport: Achieving Your Goals with Your Heart & Head”